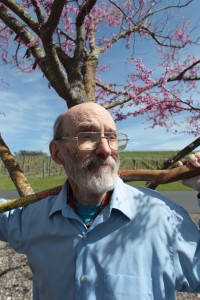 Steve Shilstone is a benign elderly hippie lite loon living in Northern California. He fancies himself to be a prosemaker and a dadaist with a small d who enjoys hanging out at the intersection of Humor and Nonsense. In times ago, he was a youth baseball coach for 25 years, a distributor of mail for the United States Postal Service, a stock associate employed by a no longer with us department store, a cartoonist of little note, a painter of littler note, and an anthropology student at UCLA.

Born in Louisville, Kentucky, Steve moved as a toddler with his family to Denver, Colorado, where his passion for books was sparked early by such titles as McElligot’s Pool, The Little House, Little Toot, and more. His father’s employment with the Pennsylvania Railroad had the family moving to Seattle, Washington when Steve was 10. There he dragged home an armload of books every week from the library. He plowed through the Oz books, the horse books, and the dog books while maintaining vast stacks of comic books, mainly Little Lulu and Scrooge McDuck. It was at this time that he wrote his first piece, something called ‘Art Ant Off To War’.

Lo, the teenage years raged in and found Steve’s family – an older brother, a younger brother, a father and a mother – plunked down for good in Redwood City, California on the San Francisco peninsula. Now Steve’s reading frenzy really kicked into high gear. He buzzsawed through all of Dickens and all of Tolstoy in addition to his regular mound of scifi and fantasy and Moby Dick on the side. Trapped in the tentacles of teenageritis, he wrote stories with titles like ‘The Coffin’ and ‘The Guillotine’. Anguished poetry was a given.

Steve eventually attended and graduated from UCLA with a degree in Anthropology, and following that, gave thanks for the asthma which exempted him from a trip to Vietnam. From then until on, he painted and wrote, observed hippiedom with interest from the sidelines, distributed mail for the United States Postal Service, unloaded trucks and worked in the stockrooms of various Mervyn’s department stores, coached youth baseball for a quarter of a century, and became parental. He also finally got around to reading Ulysses by James Joyce, thereby freeing his writing self from the shackles of convention.

His baseball novel, Chance, debuted in 1996. His middle grade fantasy e-book series, The Bekka Chronicles, began appearing in 2010. He lives sometimes in Redwood City, sometimes at South Lake Tahoe. He continues to play with words. His child of hippies novel, Vineyard’s Children, is due out in 2014 from Livingston Press.

HAUNTED CUPCAKES #horror #poetry haunted cupcakes ghostly they glide in sinister flow along the treadmill of doom to devour those guilty of innocence pic.twitter.com/CJSunbeLAR

”Oh, praise the broomstick, YES!” “Who will lead?” Betty dared to ask. “It was unanimous,” said her mother. “Who?” said Betty. “YOU!” shrieked her mother. Betty nearly fainted. Instead, she leapt to her broom and tore from the cottage. At the entrance to night, the gold and

BETTY #flashfiction Betty longed to lead the cackle. She practiced in secret every day. Would Halloween ever arrive? Betty’s mother urged her to practice patience. The suggestion merely deepened Betty’s frown. “Is it yet?” asked Betty every day until her mother at last could say pic.twitter.com/1vPvxwtSP9

THE LITTLE GIRL WHO GREW UP TO BECOME A SPARROW #piaf pic.twitter.com/xxWw9XhXvO

5 of 5 stars to There There by Tommy Orange goodreads.com/review/show/39…

@backlotsfilm The most beautiful use of color I have ever seen in a film.

5 of 5 stars to The Man Who Lived Underground by Richard Wright goodreads.com/review/show/39…

@Tracy_Chevalier One of my favorites, too. The icing on the cake - the trapeze artist's legs.

2 of 5 stars to Around the World in Eighty Days by Jules Verne goodreads.com/review/show/39…

Confused, she remained immobile when she was picked up, inserted in a carafe, and placed on view in the dining car. There she remained until she didn’t, her single accomplishment in life being a successful flight from a wedding bouquet.

ALPECIA #dada #flashfiction The white rose, Alpecia, longed to make a fortune by her wits. Sadly, she had none. So when she rashly tore herself from the wedding bouquet, rushed to the railroad tracks, and flung herself aboard an outgoing train, she had no idea what to do next. pic.twitter.com/eMltNvEJAl

5 of 5 stars to Weather by Jenny Offill goodreads.com/review/show/39…

5 of 5 stars to Wise Children by Angela Carter goodreads.com/review/show/39…

A FACT AND SOME LIES ABOUT JOE GREEN #dada #lies #fact Joe was wounded at the first Bull Run fight. Joe led wagon trains three times from Missouri to California. Joe was a lawman in the employ of Wells Fargo & Co. Joe wrote a bunch of operas. pic.twitter.com/eCDmO1Zhv0

the other place #dada #poetry she fell into the other world this is where she landed she suffered quite a shock i could not be more candid she plucked and ate a yellow bloom her eyes crossed in delight she moved beyond this meadow she became a flying kite in the night forever pic.twitter.com/ntuoP56QCs

4 of 5 stars to The Nickel Boys by Colson Whitehead goodreads.com/review/show?id…

LIMA BEAN LOST ON THE NIGHT OF MANY MOONS #dada #art pic.twitter.com/YhdBnpQF0S

4 of 5 stars to The Winds of War by Herman Wouk goodreads.com/review/show/39…

The Woolly Mammoth: A Brief Tale